Starting today Tweets will no longer be displayed on LinkedIn profiles. Some people have complained that LinkedIn was becoming too causal and irreverent – a la Facebook. Maybe the thinking is that a tighter focus on business content will strengthen the brand equity. 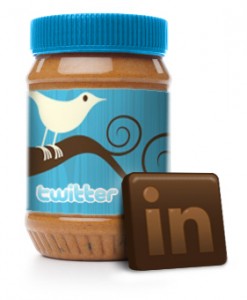 Twitter is continuing to get more closed, even as most of its success can be attributed to its open nature. The company is taking increasing control over its data and API. Twitter announced that it’s starting to better enforce its existing API rules and stronger rules are on their way. The first casualty of this new determination is LinkedIn, which has had to stop displaying tweets on the site.

It wants the experience to be the same wherever people interact with the service. As a result of the Twitter syndication, much of the recently added tweet features, expandable tweets, threaded conversations, weren’t showing up on users’ profile pages. Twitter worries third-parties will not convey the same features in the same way causing a disconnected, uneven experience for consumers.

Rather than present users with an inferior product, Twitter would cut off anyone that displayed tweets. Initially, it went after apps, desktop and mobile clients were targeted and mostly exterminated. But now it’s going after websites that do the same, starting with the largest business social network – a deal with which it trumped a big partnership not so long ago.

A blog post  said why Twitter stopped being displayed: “Consistent with Twitter’s evolving platform efforts, Tweets will no longer be displayed on LinkedIn starting later today. We know many of you value Twitter as an additional way to broadcast professional content beyond your connections,”

Obviously, this is the exact opposite of what Twitter was trying to achieve, but that’s what you get when you start imposing artificial limitations. Tweets can still be published on Facebook so perhaps the new rules don’t apply to everyone. We think targeted, high quality and yes limited content works best for the leading business social network. Another view from the Wall Street Journal: Twitter Cuts Off LinkedIn — Who’s Next?